For cooking, Violetgrass are known as necessary ingredients for these following recipe:

For ascension, this Liyue local specialty are known material for these following characters:

Having character with passive to show local specialities in mini map will helps a lot in your search of Violetgrass. In Liyue, Qiqi is the only character with this passive:

Where to Find Violetgrass in Liyue?

Based on my experience, I can say that Violetgrass is the most difficult ascension material to get. Not in terms of amount in the wilds, but in terms of effort. Farming Violetgrass require a lot of climbing, teleport to highest point, then glide down.

You need to manage your stamina during climbing or you’ll fall to death. Best of luck for Qiqi and Xinyan main out there.

As for Ver Goldett, you can find her in Wangshu Inn. She sell this flower along with Silk Flower, some recipe, and ingredients.

Although I say Qincge Village, most of the time I only farm in the ruin located near Qingce Village. Start from marked teleport waypoint and follow the route. The rest is optional since they’re too far or too high. 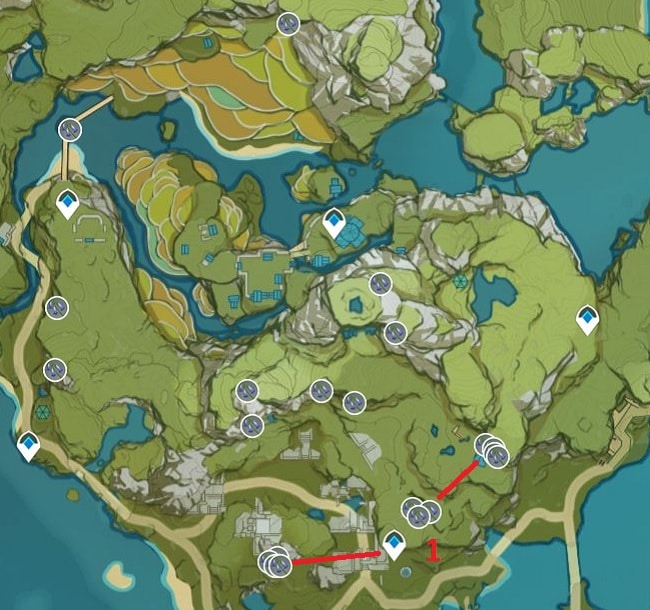 For both map 4 and 5 it’s recommended to start from highest point which is Geo statue. By gliding from geo statue you can reach spot with Violetgrass and if you are falling or losing altitude, you can just teleport back to Geo statue and glide down again.