New version is coming and along with so many updates within the game, the developer just announced Official Teyvat Interactive Map in hoyolab forum today. What is it? and how does it work?

Genshin Impact Teyvat Interactive Map has been around since the beginning of the game, although all of them is third party service such as appsample map, mapgenie, or map app in mobile phones.

I personally have been using Genshin Impact map from appsample since first month of the game to search for materials, enemy location, collecting geoculus/anemoculus, etc. So what’s the difference between new official interractive map with third party service map?

Before going to the difference, you can access the new official map here:

First, it’s official of course. You can login to your account and  synchronize with your in game map. But only for pins and you have to wait for 10 minutes for every refresh in interractive map.

Unfortunately there’s no details about which anemoculus/geoculus/chest discovered/undiscovered etc. Let’s hope they’ll change that in the future. 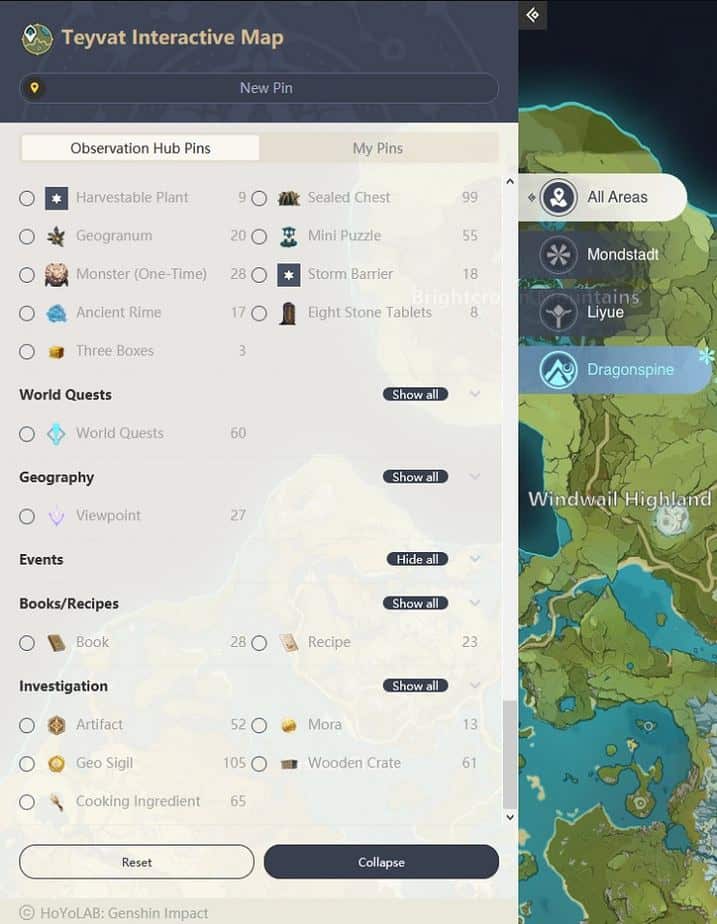 This map can also access detailed location via shortcut in the corner. For example, you want to check Whispering Woods in Mondstadt. You can just acess it via shortcut and the map will zoom to  it’s destined location.

It’s a good official map, but hopefully in the future they will consider synchronize the map with in game map.

Think about it, what if you can see which chest location that you haven’t discovered yet directly within this map than mark it manually with pins, making notes, or even printing the map and mark it manually (yes, some player did this).

It’s early release, so we can expect lots of updates in the future for this new map.