Go to Chinju Forest and Head to Tanuki Statue

After teleporting to Chinju Forest waypoint, you will start hearing strange voice. Follow the strange voice while making your way to Tanuki statue. 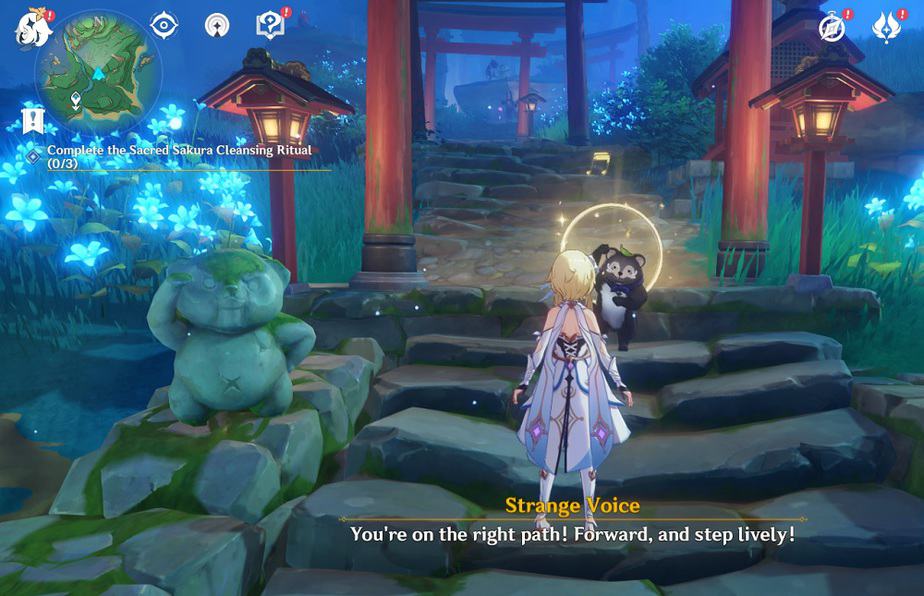 After arriving in the statue, you found out that it’s been surrounded by enemies. Be ready for a fight and defeat them.

Talk to Ioroi The Tanuki Statue

After defeating enemies, talk to Ioroi. He then will tell you about the reason why he got sealed. He will agree to help if you are willing to play with tanuki children. 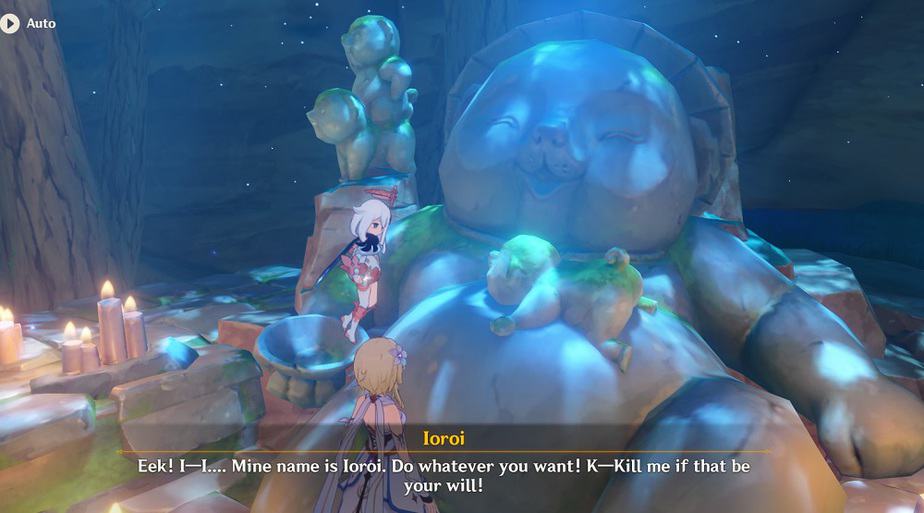 After you caught them all, they will gather around Ioroi Statue

Talk to Ioroi again, he will thanking you for playing with 3 childrens. In this dialogue, you will also explain to Ioroi about Sacred Sakura Cleansing Ritual. He will then agree to give you the comb.

Head to location of the barrier

Kichiboushi will show you the way to location of the barrier. He then will use his bake-tanuki magic to reveal the location.

Just like the previous quest, here we also got magatama puzzle to solve. It’s designed like this:

After you’ve set the number as instructed above, press Pray on starter point. Enemy will appear, defeat him.

As usual, shrine maiden Kazari will talk to you once more. She will tell you about Ioroi, it’s a good story so make sure to read it carefully.

Quest done, continue to the next location.

head to location marked with red circle below:

Use Memento Lens to Reveal The Statue

Upon arriving in the statue, you found out that there’s no Sky Kitsune statue in the middle.

Use your Memento Lens on earth kitsune (small one) to reveal middle statue, after that use Electro based attack to obtain Key Shaped Ward from the statue.

Go to small island using Waverider or just by gliding from Kamisato Estate, your choice.

In the island, you will find some Sky kitsune statue and 1 earth kitsune. Use memento lens on earth kisune statue to open the way.

The way will open, and 1 electroculus is waiting for you. After that, make your way inside until you find usual shrine, submit your Key Shaped Ward here. Also, this area have are infused with electro so take Electrogranum from Thunder Sakura Bough to reduce your HP drain. 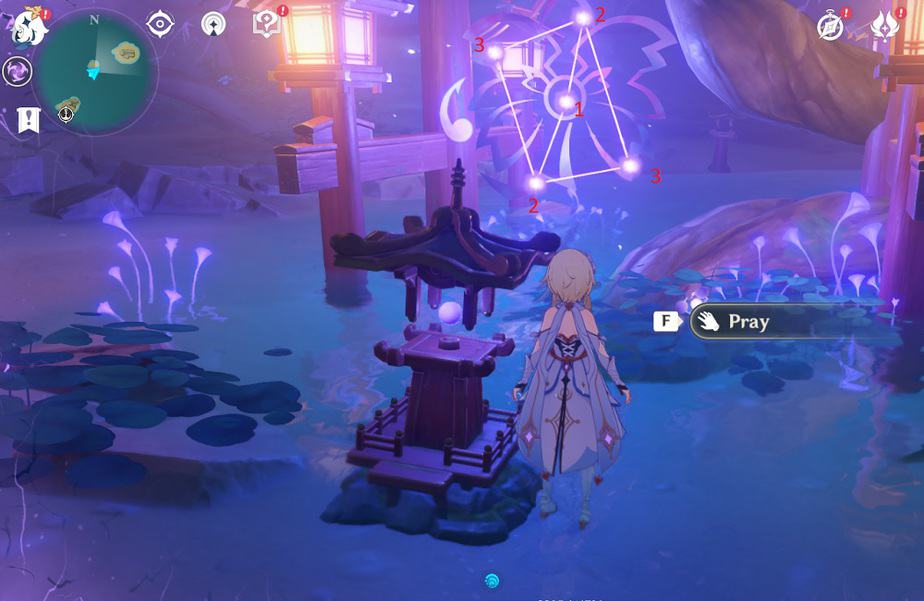 2 Ochimusha will appear, defeat them!

Quest done, continue to the next part

There’s 4 Electro Statue scattered all over the area. Some have no requirement, some other need to solve puzzle or defeating enemy to unlock it. When it’s done, first gate inside broken tower will open.

Press 3 button to open the gate to underground shrine.

Submit your newly acquired Scroll Shaped Ward and the shrine will activated.

Press Pray and enemy will appear, as usual just defeat them.

Kazari didn’t appear this time, continue to the next quest: Yougou Cleansing.