Sacrificial Offering is second part of Sacred Sakura Cleansing Ritual. Previous quest is of A Strange Story in Konda, Next quest is Cleansing Defilement.


This quest will started automatically after you’ve finished A Strange Story in Konda world quest.

Go to the abandoned shrine northeast of Konda Village

Go to quest designated location, it’s quite large but all you have to do is go to shrine part.

Dialogue will Paimon about this investigation will popped out.

Everytime you talk to them, they will appear in different place.

Keep talking to them until they all of them appear standing next to 3 kitsune statues facing each other, sorrounding small platform.

When they’ve gathered, 3 chest will appear in their location and you can obtain Sacred Sakura Cleansing Summary from the middle platform. 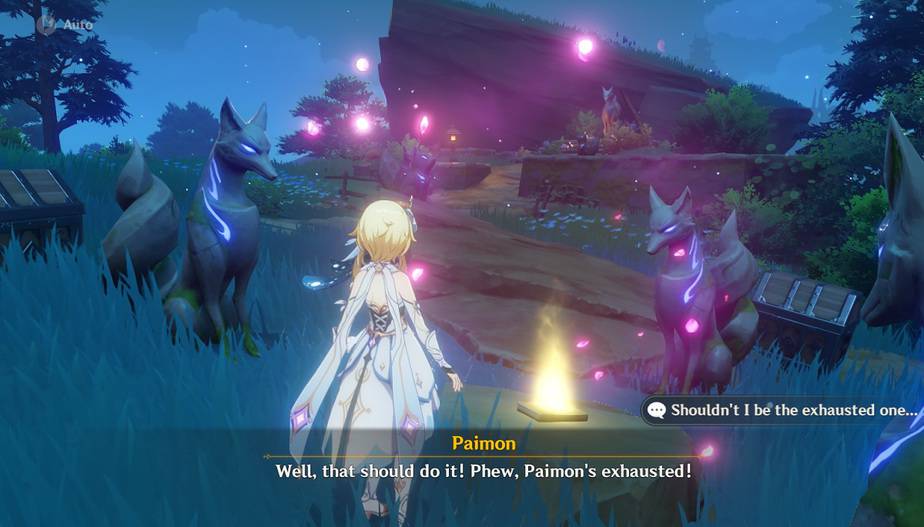 Go to Grand Narukami Shrine and Talk to Inagi Hotomi

As for Memento Lens detail:

Equip Memento Lens and Go back to Abandoned Shrine

Use Memento Lens to observe and investigate kitsune statues around the shrine. Look specifically for kitsune statue with blue glow in it’s eyes and body, and after using Memento Lens on them you will see fragment of stories about mysterious woman who turned out to be Kazari, the one who gives us this mission.

By using Memento Lens on them, you will be able to grasp a bit story fragment.

Go to statue location and recite 3 sacred words, by order:

If you’ve done it properly, the statue will glow and then you can obtain new item: The Ward which can be used for cleansing in the next abandoned shrine. 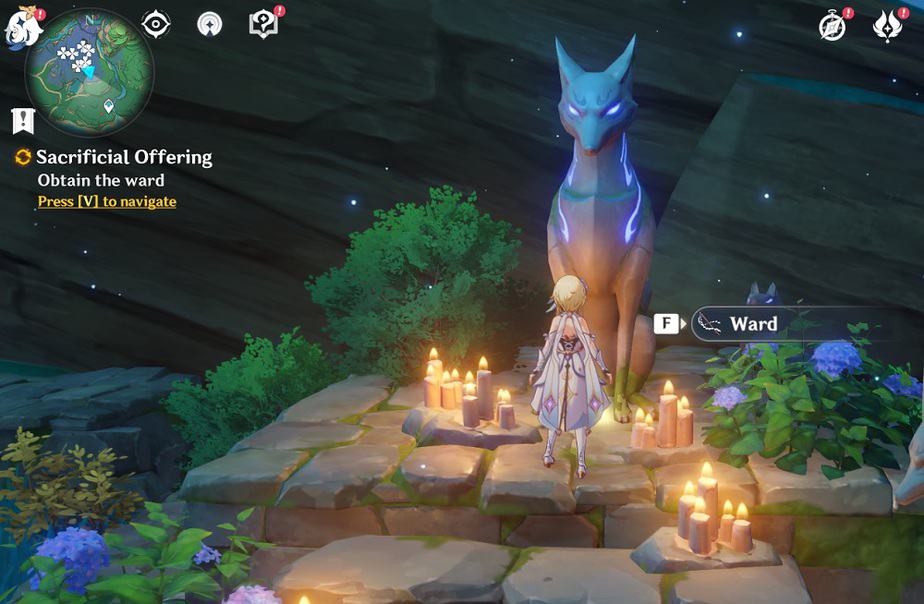 To open this gate, you will need worn out key which can be obtained from A Strange Story in Konda.

Enter the shrine, put your ward in the designated location and new puzzle will appear. Don’t worry, this one is easier than previous quest.

Adjust the number of magatamas according to their number 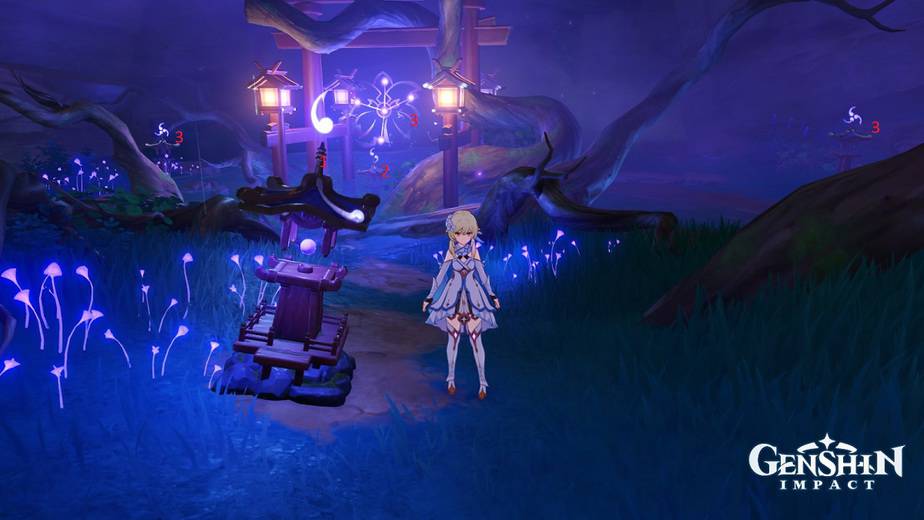 Fight and Defeat The Enemy

Press Pray on spot with number 1 magatama. If you’ve adjust the puzzle properly, enemy will appear. Get ready for a fight and defeat him.

After the enemy defeated, Kazari the shrine maiden will appear. She will thanking you and explain everything about sacred sakura cleansing ritual, corruption from the root, and asking for our help to cleanse 3 other locations in Narukami Island : Chinjuu Forest, Araumi, and small island outside Kamisato Residence.

The dialogue is funny so try not to skip it

GenshinDB.ORG is database for Genshin Impact Game which available for Switch, Switch, Playstation 4, and mobile game app on iOS and Android.

GenshinDB.ORG is not affiliated with or endorsed by miHoYo.